I thought I’d take a minute to introduce you to the lovely Illustrations that debut at Ninja-con 2014 for the badge artwork. Eugene and I wanted to freshen the characters for the new start. We couldn’t have been happier with the way that they turned out. After so long we get to see the characters in all of their different personalities and glory. I’m sure that you’ve seen some of these photos lurking about the site in various posts, I thought that I would stop teasing you and show them in all in one post.

So without further wait, here they are! 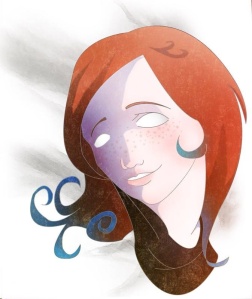 The lovely Angel of Stone in her human form. ( I personally love her freckles!) This is the first time that we’ve ever drawn her in her human form, and I’m so glad that we did! It really captures her sweet vibrant personality. Now imagine her nestled deep into Vida’s adolescent subconscious. 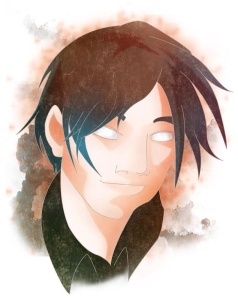 Here’s the Angel of Creed in his human form. For years I wrote him under the description of a strange young man that follows the characters from a distance in a business suit and a suitcase. I like the fresh young look that we gave him, and that Wiley hair makes him look slightly out of place. If you hadn’t noticed the trend, the Angel’s have tips on their hair. In their ethereal form we go with the color blue. This is because in various cultures the color blue is considered a sacred scerene color. 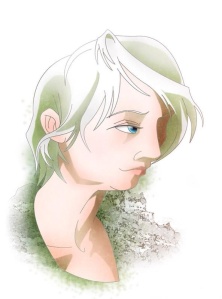 Finally! Dr. Olivia Gentry in all of her wonder. We wanted a woman worn with age, but strengthened with determination. I love that distant look on her face, it shows a secret story that she has to tell with her actions. Imagine the fantastic stories she could tell over a coffee meet up about all her immortal clients and her dances with death. 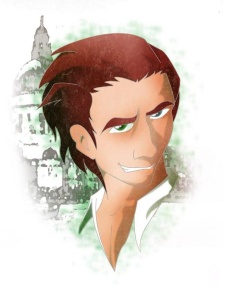 The handsome devious Julius Kros. It’s safe to say that out of all our characters, this was the one that has kept a timeless unaltered look. How could we not? His features are what gives us a face that can express so much! From that twisted smile to the knit eyebrows, devious is written all over our villain. 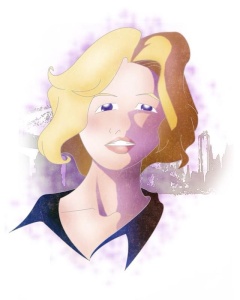 Now we have a good look of Sparrow (real alias Sylvia Bishop) the caretaker of Vida before reuniting with Josh. Page may be an endearing character, but be warned that she packs a punch! I can’t wait to write the beautiful scenes with her in it. Because she’s the voice of reason for the mortal aspect of the story. 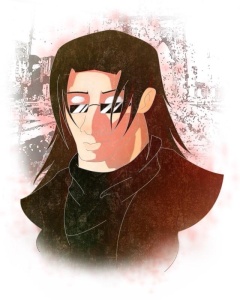 Joshua Ayala(the Black Shade) with a beautiful distant look. I know he’s one if the more commonly drawn characters out of the cast, but this illustration draws out all of his features. 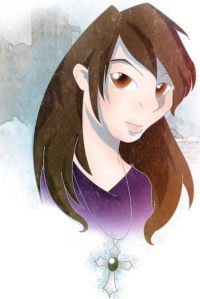 I put more research into this version of Vida. My struggle was keeping her youthful looks without something rosy and bubbly. It’s a bit cliche, but I almost gave her the features you would find described in a victorian classic female. She’s not as delicate, but she carries those piercing focused eyes that speak multitudes for the character. A big inspiration for her is Jane Eyre, for the very essence that she carries herself and the ones that she love. “Clever little Vida… You can get into trouble that way” 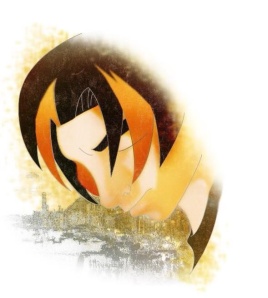 As a bonus, I wanted to show you Michel whom we used to represent the staff badges. Michel doesn’t show up in the story until after Project Italy. I used him for the staff as almost a ‘hidden character’. If I had to chose a favorite character Michel would have to be it. He’s saved by Angel of Stone and later becomes Vida’s scribe. I’ll save him for another post.

This concludes our current set of illustrations. We hope that you enjoy them! Thank you for your continual support,
-Stef

What would you do for an eternity? I’ve always enjoyed the question. With stories like Highlander and The Picture of Dorian Gray, the idea of immortality was never so much fun to dabble into. Imagine seeing your friends and family live and die before your knees ever feel stiff from age – it’s like going through four dogs before the age of thirty – we’ve all experienced it, it’s just we think that it’s so grand to be so wise with age, and not die before the next century hits midnight, that romanticizing the idea seems more logical than savoring memories, like old retirees.

When I was a kid, I had a hunch that age had nothing to do with one’s wits and inability to do manual labor. I was half right. You see, I grew up with my grand parents who knew how to farm and carry a gun to defend their home. The idea of feeble old men weren’t much of a touchable concept for me, until I was introduced to the Retirement Homes of USA. In Asia, we take care of our elderly, and let them help our children grow. They only become incapable when they have nothing to do, but when do children ever allow you to sleep? On the other hand, I also knew elders who taught martial arts even when they seemed feeble. And they proved to me that you’re just more careful with your energy, and are more conscious on where you waste it. And so, I believed that age only catches up to you, if you stop loving yourself. And after enough statistics, the results of stress and loneliness lead to exactly just that. 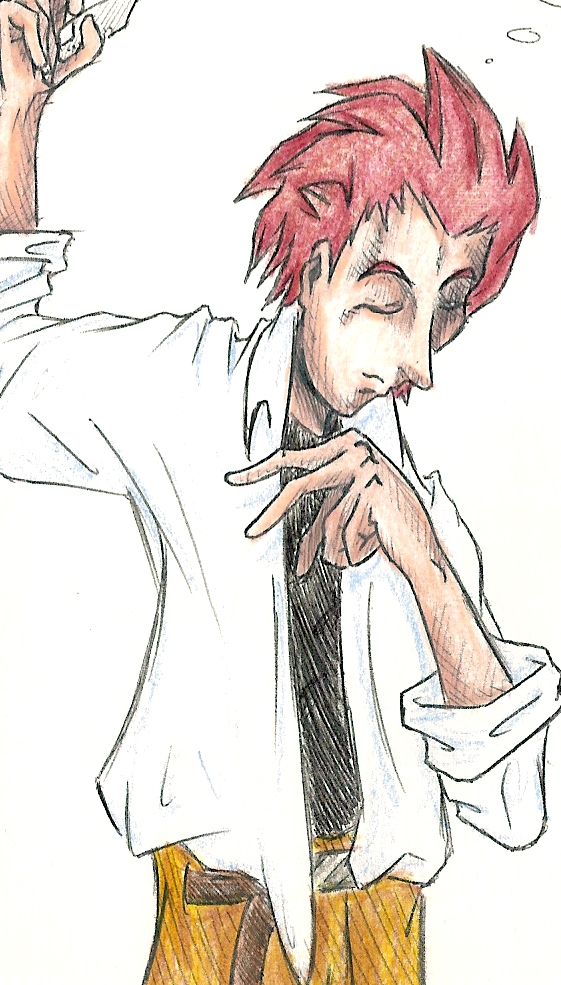 But what if you kept living for centuries on end, what would you do with yourself? Would you build an empire and create cultures, or would you hop on the train and see life pass you by? After watching BBC2 for the past few weeks, I realize that the Georgian era of Britain is exactly what happened to us with the Great Depression and our online phenomenon: from the stock market to crowd funding campaigns, history will always repeat itself. And what will you do then? Would you help it repeat to rebuild an economic giant every century? Or would you just say, “To hell with life”?

Challenging the idea of hell, suppose one would hope for death? And death refused your passport into the afterlife. Needless to say, there could be a more illogical, but tempting alternative to make an interesting story. Perhaps one would worship their own ideal of happiness, regardless of how others may suffer, and take the eternity they were cursed with, and challenge Death himself?

I liked this concept. I liked him so much, I gave him a name well suited for the challenge: Kros, the immortal demon sorcerer. The idea was raw, but with a little bit of love and some monsters in his history, a proper villain can be made. 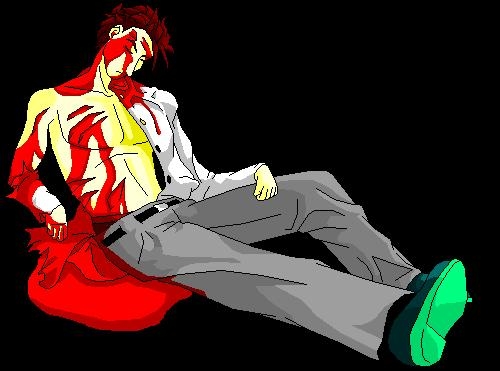